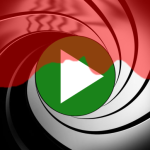 Dave has been roleplaying for 35 years, having played and/or run most mainstream systems with the espionage genre being an early favourite. So much so that, in 1999, he started Modus Operandi. That same year he joined the Sarbreenar "Living" campaign team as their plotline controller before moving across to the Living Spycraft campaign team (as UK Regional Branch Director) in 2003. 2003 also saw the birth of UK Role Players as well as Dave's first (and, so far, only) freelance appointment (co-writing World Militaries and consulting on both US Militaries and Battlegrounds, all for Spycraft). Until 2018, Dave concentrated on supporting the UK gaming scene. He has organised and run several small, one-day, events and was the RPG Area Manager for Gen Con UK in 2004 as well as the webmaster for the, now defunct, Conception and Con-Quest conventions. In February 2018 Dave closed UK Role Players after 15 years. He still maintains a web presence at DnD5e.info. His current favourite systems are Cinematic Unisystem, Dungeons & Dragons and Savage Worlds.